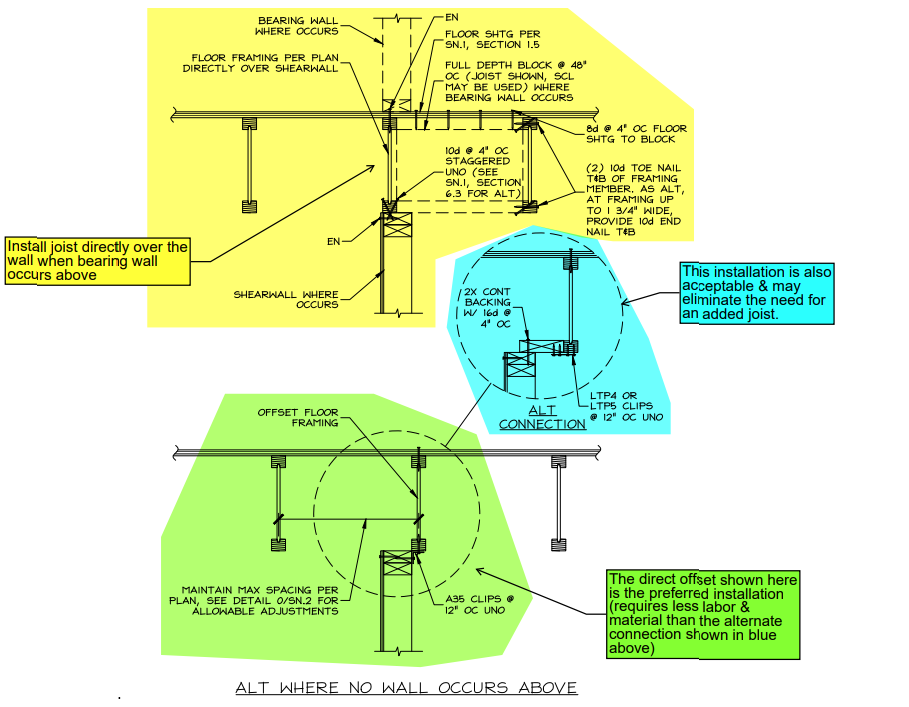 Noticeable humps in the floor are a common warranty issue in residential construction. With people spending more time at home, this issue is once again a hot topic in the industry. Harris & Sloan plans include alternates and allowances intended to eliminate one potential cause of these humps:

Cause: joist aligned over wall

Whether placed deliberately for load transfer or unintentionally as part of the natural floor layout, a joist aligned over a parallel wall is a common cause of floor humps. This is because the joist on either side of the wall will naturally deflect, leaving the feeling that the portion directly over the wall is high. This high point or “hump” can be further exacerbated by a slight un-levelness in the concrete below, which most commonly occurs at the step between the garage and house.

We recommend that the floor joist be installed offset from the wall unless there is a bearing wall aligned directly above. This configuration allows the joist to deflect slightly and eliminates the issue of high concrete thereby reducing or eliminating the feeling of a hump.

Harris & Sloan incorporates this construction “best practice” into our framing details and specifications as a standard. In addition to showing the offset conditions where there is no bearing wall above (see clips below), we provide standard allowances for offsetting field framing which allow the framer to pull a joist off layout without having to issue an RFI.