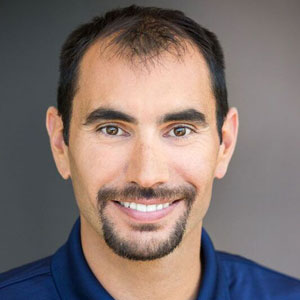 Shawn Mayer is the Chief Financial Officer for Harris & Sloan and a Principal overseeing the Mechanical, Plumbing, Energy, and Information Technology groups.  Shawn was one of the original three employees when Harris & Sloan opened its doors in 2002 and, with Tim, has been instrumental in building the firm into what it is today.  In his role as CFO he is responsible for leading all financial and business operations of the company including financial planning and analysis, budgets and forecasts, and risk management at company and project levels.  As Principal, he has overseen the development of the MEP Department from its inception and supervises the day to day operations of the IT team.

From the day the firm opened, Shawn has pushed Harris & Sloan forward on the strength of his relentless work ethic and focus on efficiency. He uses his role as a senior leader to foster an office culture that values innovation, confidence, and independence – he recognizes that the surest growth often comes from within, and has worked tirelessly to encourage young leaders as they develop. As head of the MEP group he uses his experience from the early days of the company to ensure that the MEP team remains true to the values of Harris & Sloan, and to emphasize the importance of the service for which the firm is known.